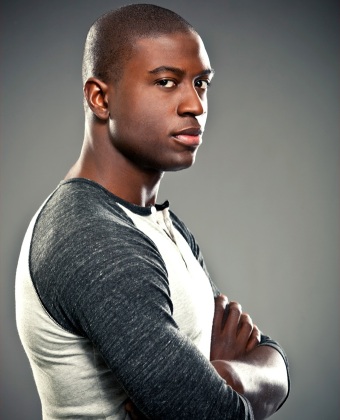 In Season 2, Vernon "Boyd" Boyd is a sophomore and an outcast at Beacon Hills high school. He is willingly Bitten by Derek Hale to put an end to being the high school loner, joining Derek's Pack after Isaac Lahey and Erica Reyes. He relishes in his new power and takes to the natural kinship in being a werewolf. Boyd joins Derek, Scott and Stiles' plight against the kanima and the Argent werewolf hunters. As the dangers escalate, Boyd and Erica decide to leave Beacon Hills to seek refuge, but both are captured, held captive by the Alpha Pack for months, alongside Cora Hale. Boyd is grief-stricken by Erica's death, then bonds with Cora over the experience. In Season 3, he and Cora are rescued by Derek, Scott and Isaac, and Boyd returns to school, starting junior year. Boyd goes along with the Pack in the fight against the Alphas. Boyd comes up with a plan to protect Derek when the Alpha Kali moves in to attack him in vengeance. The plan fails and the Alphas, using Derek's hand kill Boyd.

Boyd sits alone for lunch at school. He works at the ice rink. His house is red brick, number is 765.

Boyd is introduced as a loner at school, who Stiles knows well enough to talk to but not well enough to sit with. Boyd works at the ice rink, and Stiles pays him for a set of keys so that they can get into the rink after hours. Boyd doesn't let Stiles get away with paying him less than they originally agreed, even though Stiles tries his best.

The next day, Scott and Stiles figure out that Boyd is going to be Derek's third beta. Scott knows that Derek needs at least three Werewolf in his pack to affect his power. When Stiles notices Boyd missing from his usual lunch table, they realize it's going to be him. Stiles isn't convinced that it's their place to tell Boyd he can't get the Bite, but Scott is adamant about stopping Derek from turning more people.

Stiles goes to Boyd's house to look for him but doesn't find him. Scott finds Boyd at work at the ice rink instead. He tries to convince Boyd not to get the Bite, but at this point Boyd already has. He doesn't tell Scott this and just listens to him argue about dangerous his life will become. Boyd watches with concern as Derek, Isaac, and Erica arrive and start a fight with Scott. Isaac and Erica lose, but Derek wins. Boyd tells Scott that he doesn't want to be Werewolf like Derek, he wants to be a Werewolf like Scott.

The next time we see Boyd, he's watching Isaac and Erica getting combat training from Derek. For some reason, Boyd isn't participating.

He ends up joining the Cyclones lacrosse team mid-game, because the team is losing to an opposing player who is so big he knocks everyone down. Boyd was the largest guy in the stands watching the game, so Coach Finstock asks him if he can play. Boyd is glad to have a chance to use his Werewolf powers for something fun. Erica warns him that Derek won't like it, but Boyd doesn't care. His eyes start to glow on the field, and Scott tries to get him to stop, but he finishes out the game anyway.

Derek treats Boyd distinctly differently from the way he treats Isaac and Erica. Isaac and Erica get sent in like attack dogs, while Derek holds Boyd in reserve, almost like he's training a second in command. This is most evident when Derek has Isaac and Erica test Lydia with the kanima venom. The two are sent back to school to take classes like normal. Boyd, however, is outside with Derek. When Scott comes out to confront them to beg for Lydia's life, he initially has to talk to Boyd. They threaten each other a little, and Scott uses his speed to tackle Boyd unexpectedly. Before they can really start a fight, Derek shows up to talk to Scott himself. When Scott realizes that it isn't Derek who's a danger to Lydia right that second, he tries to run, but Boyd clotheslines him.

Scott reveals that he had a back-up plan, and Allison, Stiles, Jackson, and Lydia are at his house to "study." Again, like at the school, Derek sends Isaac and Erica into the house to get Lydia. Boyd stays outside with Derek, observing.

Eventually, the threat of the kanima is too great, and Scott joins Derek's Pack so they can all work together. Their plan is to trap the kanima and its master inside the rave. Again, Isaac and Erica go confront the kanima directly, together, while Boyd stays with Derek. This time, however, it's not just observing. Derek and Boyd encounter Chris Argent and his hunters, who are also at the rave for Jackson. Derek taunts Chris, and the hunters all point their guns at them. Initially, Derek and Boyd hide behind a Dumpster, but eventually the hunters have to reload, and the two of them come flying out to attack.

They manage to take out a few of the hunters, but Boyd gets shot by some wolfsbane bullets. These don't appear to be the same kind as the one Derek was shot with, because Derek doesn't freak out over needing to get a cartridge so they can burn the wolfsbane and apply it to the wound. He just tells Boyd to go and save himself. Boyd hesistates, but Derek is insistent, and Boyd takes the Camaro and leaves.

A couple of days later, Derek prepares his pack for the full moon. Isaac sees a symbol painted on the box where Derek keeps the chains, and Boyd explains that it's a triskele. "The spirals mean different things. Past, present, future. Mother, father, child." "You know what it means to me?" Derek asks. "Alpha, beta, omega?" Boyd guesses, and Derek seems impressed that he figured it out. This leads to an explanation that any wolf can rise or fall to any status.

This full moon will be Boyd and Erica's first, but Isaac's second. Derek chains them up in the subway car because they won't be able to control their bloodlust. He puts a headband on Erica, and Boyd is visibly upset at her screams as Derek tightens the bolts down. Despite all the chains, the betas all manage to get free. Erica attacks Derek first, then Boyd. Isaac escapes, but then comes back to help Derek. Isaac holds Boyd down while Derek puts Erica back in chains.

The next time we see Boyd, he and Erica are walking through the woods. They're supposed to be heading back to the Hale House, but they stop because they hear wolves howling. They don't think it's Derek, and because there are no wolves in California, they believe it must be Werewolf. This solidifies their decision to leave Derek and look for another pack. When they arrive at the house, they tell Derek about their decision. He replies that he told them there would be a price if they took the Bite. Boyd says that he didn't think it would be like this. They want to live to see their next birthdays, not be killed by Argents or kanimas. Boyd tells him about the howling they heard. Derek replies that it could just be two wolves and not a pack, but they don't care. Erica takes Boyd's hand and leads him out of the house.

It turned out that there weren't any wolves. The howling was a recording being used by Allison to lure Boyd and Erica away. Once they figure out it's a trick, though, it's too late. Boyd and Erica try running to get way, but Allison shoots Erica in the leg. Boyd stops to help her, but she tells him to go on. He does but almost immediatley comes back. He catches an arrow before it hits Erica and then continues to take arrows all over his body. There are six or seven in him by the time Chris stops Allison. Allison was going to kill him. Boyd collapses, and he and Erica are taken hostage.

The Argents put them both in their basement and run electric current through them to keep them subdued. No one even knows they've been captured until Stiles is taken hostage as well. He sees them and tries to set them free, but Gerard shows up and beats him up before he really gets the chance.

It's likely Chris who eventually sets them free, after he realizes that Gerard is a corrupting influence. Chris tells them that sometimes you can be surprised which side of a fight you end up on.

Boyd and Erica again take off running through the woods, but this time they are captured by a group of Werewolf. It's the alpha pack.

Boyd is seen trapped in a bank vault with an unknown girl.

Derek and Scott break into the bank vault and have a cage match with Boyd and Cora Hale. Allison broke the Mountain Ash seal, releasing Boyd and Cora to the public.